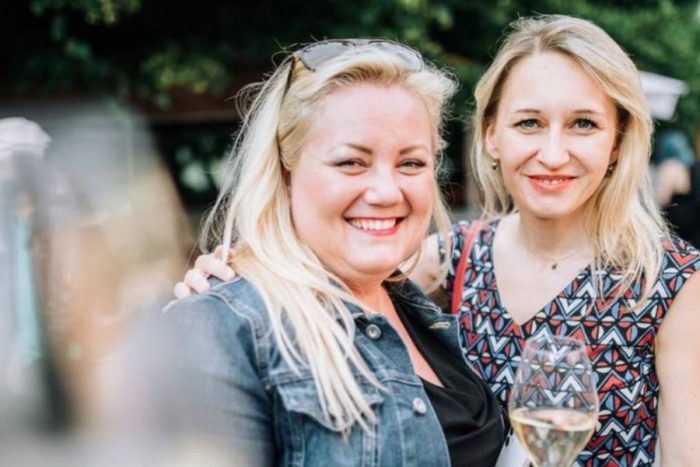 From an attorney-client relationship to friendship. CEE Attorneys Prague Office Partner Martina Schützová (on the right) attended a Prague open-air wine festival Riesling Rocks, which was hosted by our client Vinograf, who operates wine bars in the centre of Prague. The event was, apparently, quite a success

On a more serious note – On the same day as the event took place, the Moravian region suffered from a devastating tornado, by far the worst one in the Czech recorded history. Quoting Vinograf’s executive Jan Horešovský: “While we were having fun, people in Moravia suffered badly, including some of our winemaker friends.” Vinograf then decided to donate all the earnings from the event to those who have been affected by the disaster.

We admire this kind of solidarity!

This website uses cookies to improve your experience while you navigate through the website. Out of these cookies, the cookies that are categorized as necessary are stored on your browser as they are essential for the working of basic functionalities of the website. We also use third-party cookies that help us analyze and understand how you use this website. These cookies will be stored in your browser only with your consent. You also have the option to opt-out of these cookies. But opting out of some of these cookies may have an effect on your browsing experience.
Necessary Always Enabled
Necessary cookies are absolutely essential for the website to function properly. This category only includes cookies that ensures basic functionalities and security features of the website. These cookies do not store any personal information.
Non-necessary
Any cookies that may not be particularly necessary for the website to function and is used specifically to collect user personal data via analytics, ads, other embedded contents are termed as non-necessary cookies. It is mandatory to procure user consent prior to running these cookies on your website.
SAVE & ACCEPT

CEE Attorneys advised – AB Ortopedijos technika on the sale of shares to the second largest shareholder, Ortofina. CEE Attorneys represented the seller in negotiations, provided legal support in structuring, closing the deal and preparation of all necessary documents. The value of the sale contract EUR 10 million.

CEE Attorneys provided legal assistance to Olympian Parks Group, a major developer of logistics and industrial parks, in all legal matters, including general counselling and assistance in the divestment, regarding the operation and development of 4 industrial parks with approx. 100,000 sq.m. of gross living area, located in Romania.

CEE Attorneys negotiated and provided legal services to One Fashion Outlet Group, the owner and operator of Slovakia’s first outlet shopping centre, with respect to senior loan in the amount of EUR 15 million from a syndicate of three banks for the construction and operation of shopping centre.

CEE Attorneys represented KOMA Modular, leading modular construction company in the Czech Republic, in the acquisition of DOSTING, a thermal insulation producer. The acquisition deal also included post-transaction reorganisation of the purchased company and its incorporation into the KOMA group.

CEE Attorneys have provided a comprehensive legal assistance in the initial public offering (IPO) of the Xpediator Plc. shares on AIM, the alternative investment market of the London Stock Exchange. CEE Xpediator Group controls Delamode, Pall-Ex and Affinity brands, and is a leading provider of freight management services across the UK and Europe – Romania, Bulgaria, Macedonia, Montenegro, Serbia and Moldova, employing more than 600 people. The group has raised GBP 5 million as part of the float.

CEE Attorneys assists Safehomes LLC, a company with 100% Turkish investment, which offers accommodation to tourists and other visitors of Kiev in its mini hotels. CEE Attorneys has provided Safehomes with best real estate propositions of in the city centre of Kiev, developed its business structure and prepared a tax planning scheme.